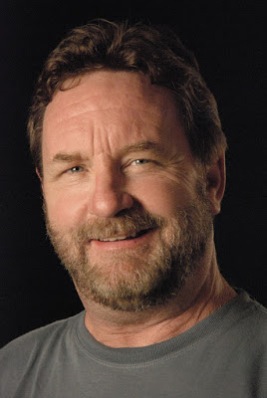 Pomegranate Pictures is pleased to announce the attachment of Kevin D. Hewitt, SOC as the motion picture project’s Director of Photography.

Kevin is a 35-year veteran Director of Photography, Cinematographer, Camera Operator, Steadicam owner/operator, and FAA licensed Drone owner/pilot. He is best known for his Steadicam and camera work on Transformers: Age of Extinction (2014), Batman vs. Superman: Dawn of Justice (2016) and A Most Violent Year (2014).

As a Director of Photography, Kevin has worked on numerous feature-length films and hundreds of local and national spots. He’s traveled to 29 different countries teaming up with all the major networks photographing everything from a powerful documentary on the Holocaust, to cooking adventures in search of exotic food for the Food Network, to a series of programs on flight for Discovery Channel and HBO, to mixed martial arts with M-1 Global, and to 5 years of Steadicam on Henry Ford’s Innovation Nation on CBS.

In the Reality arena, Kevin has worked with ABC’s “Extreme Makeover- Home Edition,” along with “Hard Core Pawn” and “Antiques Roadshow.”

Before that Kevin worked for the NBC affiliate WDIV in Detroit, where he was the Electronic Field Production Supervisor of a seven-person team filming commercials, documentaries, music videos and special programming aimed at syndication. Kevin’s talent and hard work were rewarded during his time at WDIV with numerous Emmy Awards.

Pomegranate will be shot on Sony’s F5 camera with Zeiss Superspeed primes at 1:1.85 and 4K. Kevin will work behind the camera, as well behind his Steadicam, and as a FAA licensed pilot to gather drone footage around Detroit and Sterling Heights where the majority of the picture will be shot.

Kevin’s drone and Steadicam work can be viewed at Vimeo: http://www.Vimeo.com/kevinhewitt; and his documentary clips at: http://www.kwshoots.com.

Pomegranate’s writer-director, Weam Namou said, “Given Kevin’s long running professional career in the film industry, we’re excited to have him as Pomegranate’s Director of Photography. We know that his expertise and experience will serve and enhance our film’s narrative as he translates the script into viewable images.”

Pomegranate is a dramedy by writer-director Weam Namou, based on her childhood experiences immigrating from Iraq to the United States, and then as an adult living through the presidential election of 2016. Consequently, Pomegranate is the story about how, in the weeks before the election of Donald Trump in 2016, a young, politically liberal, Iraqi Muslim immigrant struggles to find her footing in a neighborhood of well-to-do, politically conservative, Iraqi Christians, while battling her family’s fears of deprivation and demands of loyalty to Muslim traditions.

Born in Baghdad to an ancient lineage called the Chaldeans, Weam Namou is an Eric Hoffer award-winning author of 13 books, an international award-winning filmmaker, journalist, poet, and an Ambassador for the Authors Guild of America [Detroit Chapter], the nation’s oldest and largest writing organization. She’s the founder of The Path of Consciousness, a spiritual and writing community, and Unique Voices in Films, a 501 (c)(3) nonprofit organization. After receiving a Bachelor’s Degree in Communications from Wayne State University, Namou traveled the world as she studied fiction and memoir through various correspondence courses, poetry in Prague through the University of New Orleans, and screenwriting at MPI (Motion Picture Institute of Michigan). She learned of ancient philosophies from Indian and Native American teachers, and most recently, from internationally bestselling author and mystic Lynn V. Andrews. www.weamnamou.com View more posts