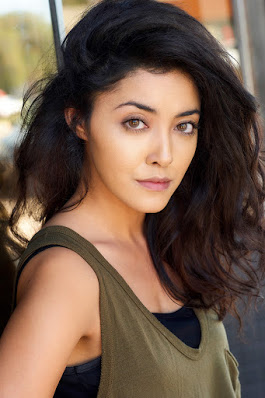 Pomegranate Pictures is pleased to announce the attachment of Yasmine Al-Bustami to co-star in the 2021 production of Pomegranate.

Yasmine Al-Bustami was born in Abu Dhabi, U.A.E. and immigrated to Texas with her family when she was three years old. But at 13 she was sent back to Jordan because she was becoming “too Americanized.” The result? Today she considers herself an all-American girl, who’s super Texan, loves country line dances and Dallas Cowboys football. She’s fueled by hummus, kabobs, brisket & queso, and says “Y’all” a lot. Her immigrant family naturally pushed her toward a professional career, so she earned a degree in Finance from the University of Texas planning to pursue a career in investment banking. But she was always drawn to the arts. So, before she entered the business world Yas decided to explore her creative side and that led to acting. Most recently she wrapped a guest starring role on CBS’ S.W.A.T. as well as a supporting role on independent kiteboarding film, Send It!. She has also starred in the CW Seed’s musical comedy I Ship It. Previous appearances include: John Legend’s music video Surefire, Netflix’s You Get Me, The CW’s The Originals, CMT’s Nashville, Freeform’s Switched at Birth, and CBS’ The Inspectors. Coming to the U.S. as an immigrant herself, Yas is excited to be a part of the Pomegranate team and help bring this story to life!

For Pomegranate, Yasmine will play the role of “MARY YOUSIF,” Niran’s well-assimilated, and beautiful Chaldean Iraqi neighbor who loves to help immigrants assimilate whether they want to or not. Having discovered American fashions Mary allows her luscious dark hair to flow freely, which further infuriates Niran’s hijabi Muslim conservatism. Mary could have any young man she wants, and Ali is watching, but she’d rather date her job as a refugee settlement agent. 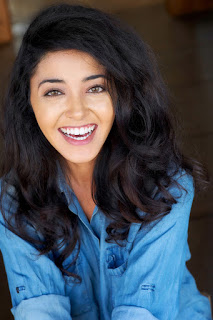 Pomegranate’s writer-director, Weam Namou said, “Yasmine is a natural for bringing the character of Mary, our protagonist’s’ nemesis, to life. Like Mary Yasmine is beautiful, quick witted, and confident Middle Eastern immigrant. She’s perfect for the role.”

Pomegranate is a dramedy by writer-director Weam Namou, based on her childhood experiences immigrating from Iraq to the United States, and then as an adult living through the presidential election of 2016. Consequently, Pomegranate is the story about how, in the weeks before the election of Donald Trump in 2016, a young, politically liberal, Iraqi Muslim immigrant struggles to find her footing in a neighborhood of well-to- do, politically conservative, Iraqi Christians, while battling her family’s fears of deprivation and demands of loyalty to Muslim traditions.

Born in Baghdad to an ancient lineage called the Chaldeans, Weam Namou is an Eric Hoffer award-winning author of 14 books, an international award-winning filmmaker, journalist, poet, and an Ambassador for the Authors Guild of America [Detroit Chapter], the nation’s oldest and largest writing organization. She’s the founder of The Path of Consciousness, a spiritual and writing community, and Unique Voices in Films, a 501 (c)(3) nonprofit organization. After receiving a Bachelor’s Degree in Communications from Wayne State University, Namou traveled the world as she studied fiction and memoir through various correspondence courses, poetry in Prague through the University of New Orleans, and screenwriting at MPI (Motion Picture Institute of Michigan). She learned of ancient philosophies from Indian and Native American teachers, and most recently, from internationally bestselling author and mystic Lynn V. Andrews. www.weamnamou.com View more posts